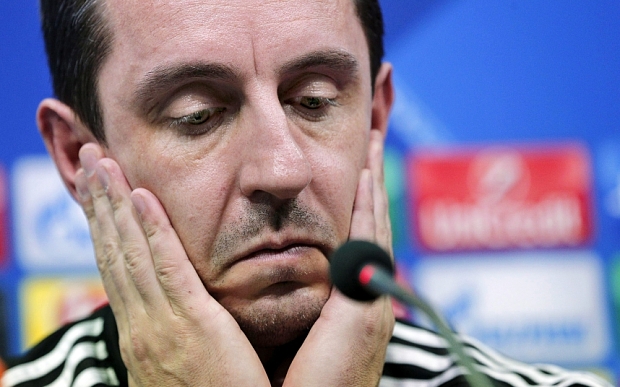 The former assistant manager for the England national team has won only three matches in 16 La Liga games in charge.

Valencia currently sit six points above relegation zone after a 2-0 home loss to Celta Vigo on March 20, a game which will later turn out to be Neville’s last game as manager of the Spanish club.

A statement from Valencia read: “After careful consideration, the club have decided to make a change with the best interests of the Valencia CF moving forward this season. We thank Gary for his work at Valencia and wish him the best in the future.”

Neville also issued a statement on the club’s website: “I want to thank Valencia, the fans, the coaching staff and players.

“I would have liked to continue the work I started, but I understand that we are in business based on results and in 28 games we have seen 10 wins, seven draws and 11 defeats, which is not the level demanded by me or by this club.”

Pack Ayestaran has been appointed interim head coach of the club until the end of the season.