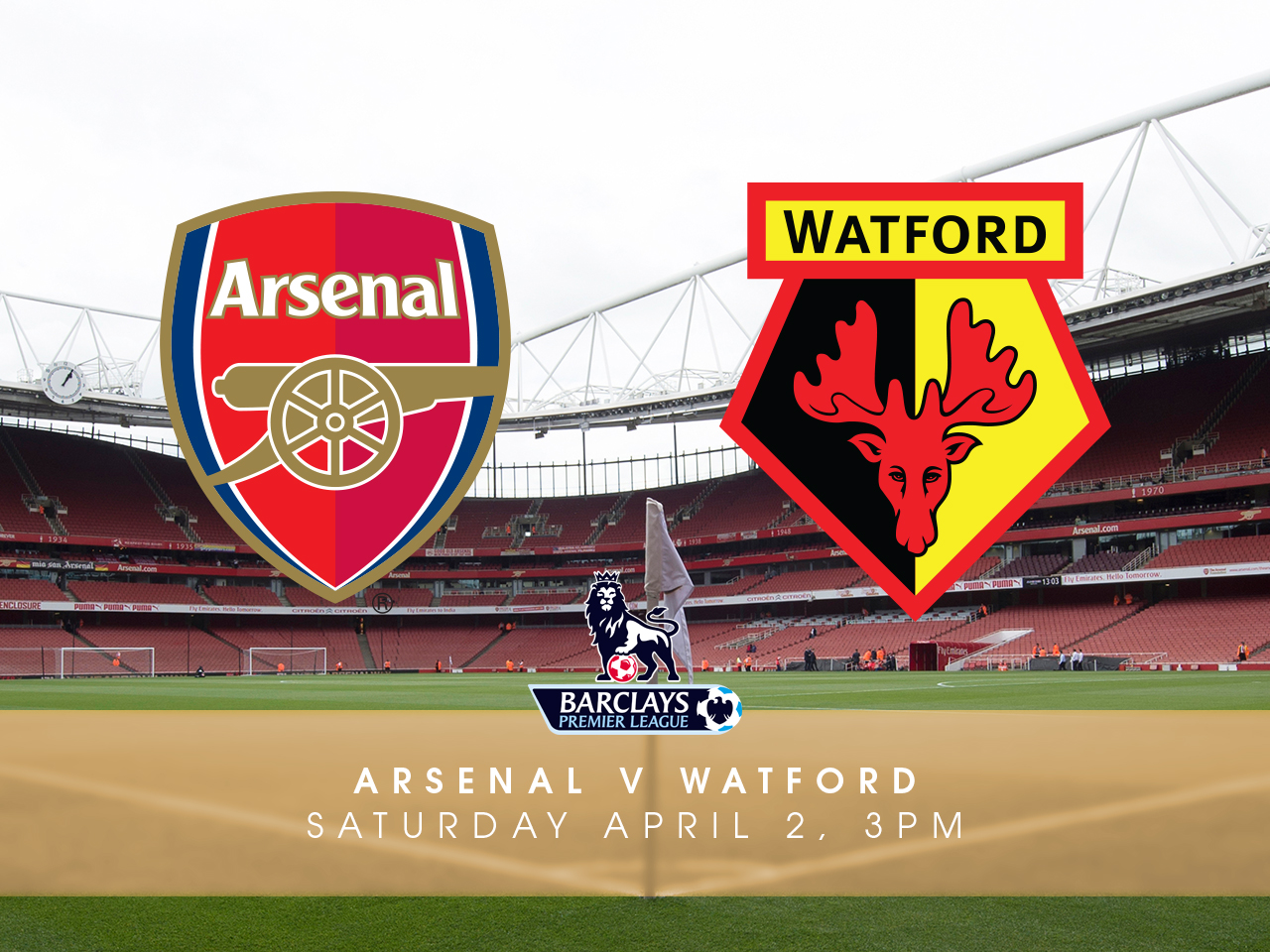 Image courtesy of watfordfc.com
Brett’s Bets Of The Week

Hola Amigos, Amigas and everyone in between, after a two week hiatus who’s ready to make some money?

I’m getting used to sleeping in my bank notes, the odds and results have been kind to me and hopefully to you too – if you followed my advice? And why wouldn’t you!

The international break is over and I can’t wait to make some money with a bunch of favorable matchups this weekend. Placing any money on a friendly match is akin to setting fire to your wallet in the Sahara……burn baby burn!

We’re down to the business end of the season, affectionally referred to as squeaky bum time by Sir Alex Ferguson. With the intense focus on the remaining games; shocks are few and farther between (hopefully). This is where champions are crowned and teams are consigned to relegation. Where middling teams having nothing to play for and are swept aside by champions elect and relegation scrappers.

It’s the hope that kills you with Arsenal and I’m not talking about their title aspirations, cough cough my bets! Consistently inconsistent this season but the one thing they do promise is goals, on both ends of the pitch, regardless of teams. It’s with this well known fact along with Watford putting a few past them last time that should result in goals for both.

Tottenham is battling for the title while Liverpool solely battling for the Kopp and Klopp. Spurs have been in fine form but this form-book against the Reds doesn’t read well, with 1 point out of  a possible 18  against Liverpool in their Premier League showings.

A juxtaposition where a draw seems like the winner here.

The final is here, and England are there. Showing some fine form with the bat and ball if they keep their act together they could do a number on the West Indies. And I could do more than a  few numbers with these odds.

With the managerial merry-go-round in full swing I’m gonna step on board and put my chips on Nigel Pearson. Lest we forget Leicester’s fine form at the tail end of last season with Nigel pulling the strings.  Let nobody else forget him wringing the neck of opposition players.

His bullying nature the primary reason for his sacking,  clearly still a managerial talent. Aston Villa are all but relegated, the toe tag has already been put on their survival hopes. With Pearson’s championship  football history more recent than the other luminaries associated with the Villa vacancy, I can’t see why he shouldn’t and more importantly wouldn’t get it!

What West Ham are doing on even money to beat Crystal Palace beats me. Unbeaten at 8, playing at home and playing against a side yet to record a victory in 2016. Ludicrous!

Here’s what you could have won in the last edition’s bets.