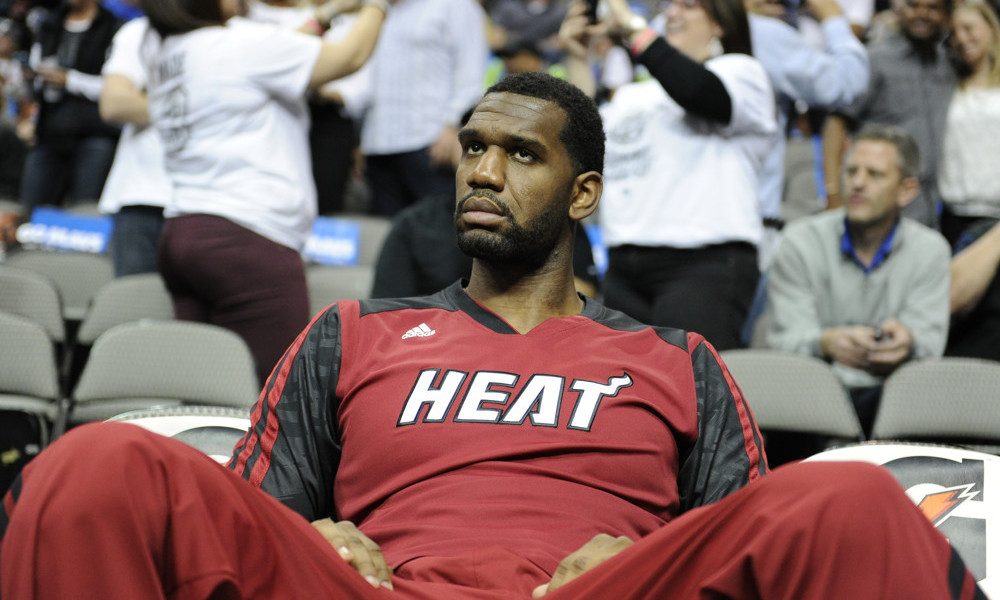 The Second Coming of Greg Oden

Greg Oden’s relationship with the game of basketball has to be incredibly special. Considering all of the injury-related issues he’s been forced to fight through, the mocking he’s been subjected to and a bust label that he’s worked tirelessly to shed throughout his professional career, Oden must have a love for the game that exceeds what we all hold most valuable in our hearts.

Just 27 years old, Oden has played only parts of three NBA seasons. Considered by many as an afterthought, an investment gone wrong and just another top prospect who didn’t work out, Oden is so much more than that. Now just days after making a successful pro debut in the Chinese Basketball Association, Oden’s return to action should be viewed as a victory for the game and personal celebration.

The Chinese league is largely known in America for its ability to attract out-of-place NBA talent. Stuffing the stat sheet is a requirement just for someone to typically take a second look at what actually transpired, and rarely are the numbers treated as some projection of realistic achievement moving forward. It’s hard if not impossible to imagine Oden using his performance abroad in an attempt to re-launch a stalled NBA career, but that doesn’t mean it should be discounted, overlooked or derided as some type of failure. A former No. 1 overall pick ahead of Kevin Durant, a man forced to previously walk around with shattered dreams, his return to the game he loves—and we all watch because we love—should be viewed as a clear success.

Societal schadenfreude is raging across contemporary context. We live in a culture that prides itself on feeling validated through the demeaning and belittling of others. Because so many of us are uncomfortable, unhappy or worse with the image that stares us back in the mirror, we use the misfortune or shortcomings of others in order to justify our own personal results. Athletes are typically most often the focus of this subject. Because a player is often an illustration and representation of what we wish we could be, we try to write our own script without taking the time to learn about the story.

As a player who was supposed to change the face of a franchise, the weight of the world was placed on his still-developing shoulders before he ever stepped onto an NBA court. At the time he was selected, Oden didn’t fall into the same category as LeBron James once did before him. Like a story whose details become more exaggerated as the years go by, the same can be said of Oden’s amateur prospect profile.

Oden’s Portland Trail Blazers career began on the operating table, where he was forced to undergo microfracture surgery on his right knee en route to missing his entire rookie season. Upon finally making his debut with the world watching his every move, Oden was forced to leave the game with a foot injury. After being deemed healthy and ready to return, Oden suffered a chipped left kneecap that forced him to miss about a month of time. And as if that wasn’t a miserable enough start to what is still a challenging career, that point was only the beginning of Oden walking down an increasingly bumpy road.

December 5, 2009 is a date that Oden—and so many others—will never forget. Jumping vertically in the air in order to challenge a penetrating defender, Oden came down awkwardly and immediately crumpled to the ground. With his knee dislodging from its proper position and the gravity of the situation clear for everyone to see, Oden left the court on a stretcher with another devastating injury—this time a fractured left patella. In essence, despite a brief return to the league with the Miami Heat, that moment in time, that night in the Rose Garden, was when Oden’s NBA career died.

Less than a calendar year later, Oden went under the knife for another microfracture surgery, this time to his opposite (left) knee. In 2012, after an arthroscopic procedure to his right knee delayed his return to the court, it was announced that Oden would need a third microfracture procedure—an unthinkable reality for someone who had already been through so much. At 24 years old, after three microfracture surgeries and multiple other knee-related injuries, Oden had lost everything he had worked his entire life to enjoy. A very private person by design, Oden’s life has been rife with personal tragedies, context few take into account when spewing their hot take, and his struggles with alcohol use have been authored and self-admitted.

“I just want to play basketball. I could’ve signed with a team after Portland cut me and just sat on the bench and collected paychecks, but that’s not my style. That just seems really unethical. Besides, money doesn’t matter to me. I’ve got enough money. All I want is to get 100 percent healthy and get back on the court.”

That was Greg Oden, in his own words, back in 2012 when he gave Mark Titus of Grantland an incredibly rare interview. Now in 2015, Oden is focused on moving forward.

Dropping 23 points and 14 rebounds in his CBA preseason debut, it’s amazing to think that this is the same player—the same person—who was tossed aside by so many. Still fighting, still grinding and still hooping on the hardwood, Oden’s basketball journey is one that should be told as an inspirational story—not one of failure.