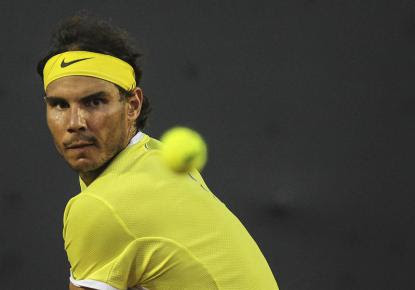 Former world No.1 Rafael Nadal reached the semi-finals of the Rio Open without hitting a ball on Friday, when Ukrainian Aleksandr Dolgopolov withdrew due to a shoulder injury.

Nadal is looking to find his form ahead of the French Open in May/June at the clay court event in Rio.

The 29-year-old dropped to number five in the world after an injury-hit 2015 and suffered his first opening-round exit in a loss to countryman Fernando Verdasco at the Australian Open in January.

The 14-time Grand Slam champion will face Uruguay’s Pablo Cuevas in the last four on Saturday.