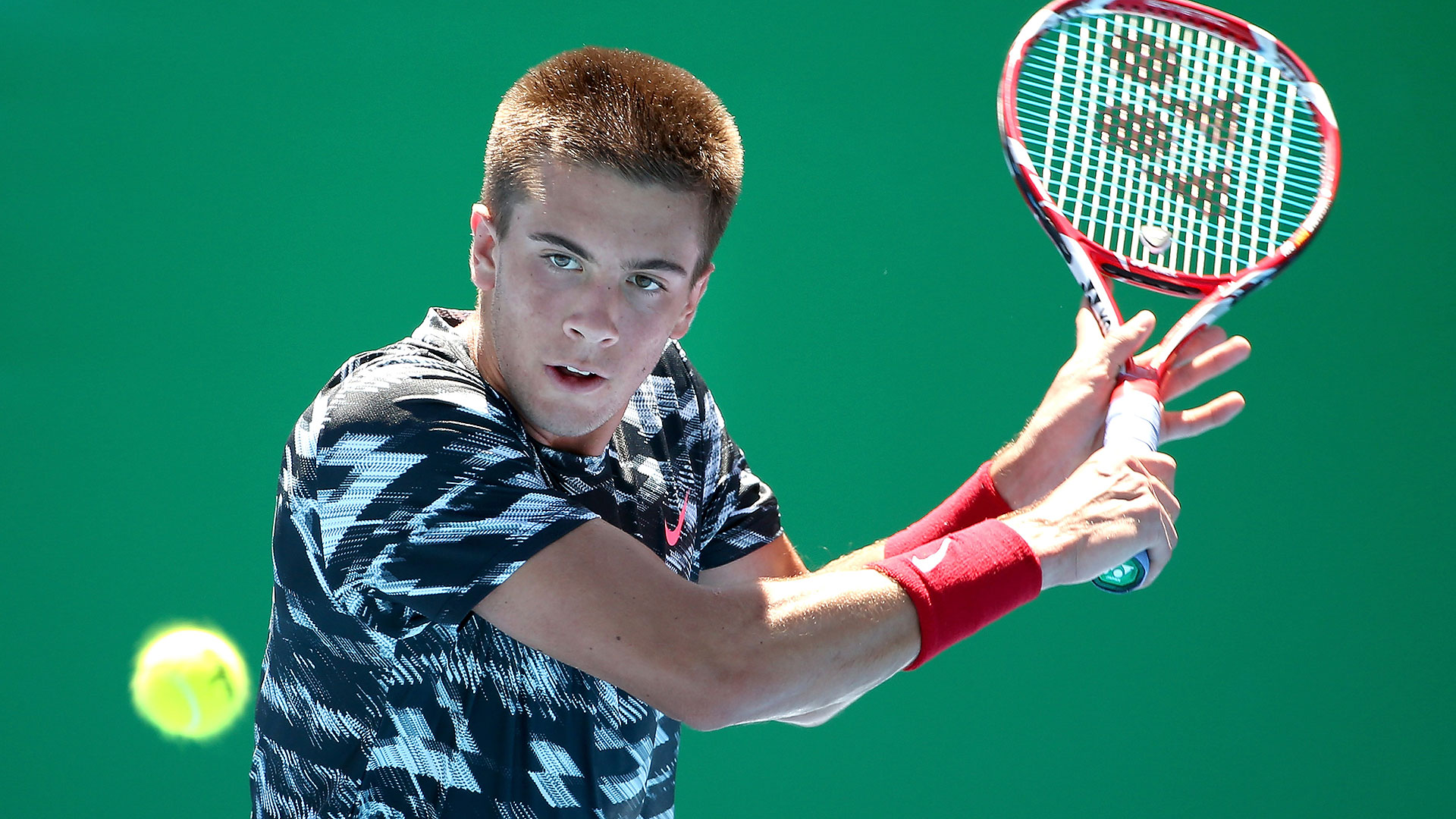 Photo Courtesy atpworldtour.com
Men’s Tennis Youngsters To Watch Out For In 2016

In three weeks from now, we will move ahead into the next tennis season and there’s a lot of exciting action to look forward to. Just as well, there are a few names to keep in mind when we talk about the next generation of male tennis players. These four players are sure to win their first ATP title come 2016 and I can’t wait to tell you who they are.

19-year-old Borna Coric has already beaten big names such as Andy Murray and Rafael Nadal and he is a personal favourite of the current World No.1 Novak Djokovic. Coric is also currently the youngest player to be ranked inside the top 50 and as a former junior World No.1, he has plenty to prove in 2016.

The Croatian teenager has an all-court game very similar to that of Djokovic, and if he gains more consistency with his groundstrokes he can be a very dominating player in the future.

South Korea’s Hyeon Chung made waves in 2015 after reaching the second round of the Miami Masters at only 19 years old.

Chung has an incredible story, in that he took up tennis only to improve his eyesight after requiring glasses at a young age.

This player has a very big game and a strong serve like Nick Kyrgios and usually gives a tough fight to every opponent he faces on the tour.

19-year-old Thanasi Kokkinakis helped Australia knock off holders Czech Republic in the 2015 Davis Cup with his victory over Lukas Rosol.

He is one of the many talented bunch of Australian players on the tour including the likes of Kyrgios, Marinko Matosevic and Bernard Tomic.

A big server, Kokkinakis was also embroiled in a huge controversy this year when during a match, Kyrgios took his name in an abuse hurled at top-5 player Stanislas Wawrinka. ‘Kokkinakis ban*** your girlfriend, sorry about that mate,” he had told the Swiss, resulting in a three-week ban for Kyrgios.

Germany’s Alexander Zverev is one of the very few players who can claim to have beaten Djokovic in 2015 even though the win came in an exhibition tournament. He is the younger brother of another tour-level player Mischa Zverev and at age 18, is already a force to reckon with.

Between October 2013 and June 2014, Zverev was the No. 1 ranked boys junior player. In 2015, Zverev beat the likes of both Kevin Anderson and Alexandr Dolgopolov in a single tournament at Washington before falling to former US Open champion Marin Cilic in a close quarter-final.

All of these names are sure to make an impact starting with the 2016 Australian Open itself and you will see what I am talking about once the tennis season gets in full swing again. Meanwhile, here’s wishing you a Happy New Tennis Year!