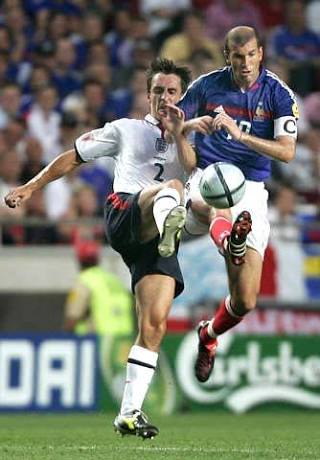 Real Madrid manager Zinedine Zidane has backed Gary Neville to succeed at Valencia, saying that the former Manchester United full-back “has so much knowledge to give” as the helm of the Spanish club.

Zidane believes Neville is destined to become a great coach at the Mestalla only if “he is given time”.

“Gary has played in every big occasion there is to play in, and under one of the greatest coaches [Sir Alex Ferguson] there has ever been,” Zidane told ShortList.

“He has so much knowledge to give, but it is a new league for him. If he is given time, I am sure he will do a good job.”

The former Sky Sports pundit won his first La Liga game in a 2-1 over Espanyol last weekend and followed that up on Thursday with a 6:0 demolition of Rapid Vienna in the Europa League Round of 32 first leg match.