Martin Jol to become next coach of Al-Ahly 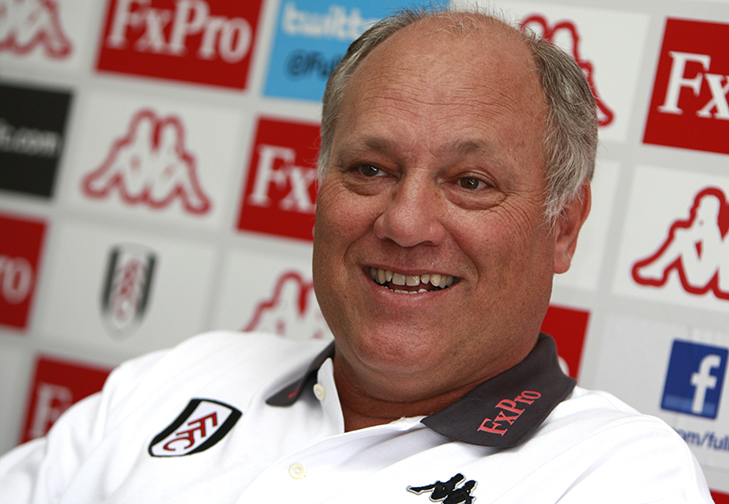 Martin Jol to become next coach of Al-Ahly

Al-Ahly SC, dubbed the African club of the century, is set to sign with Dutch manger Martin Jol, 60, following a meeting with Al-Ahly president Mahmoud Taher in London to finalize the deal.

Al-Ahly has been in search for a new foreign manager, after Portuguese José Peseiro left the Red Devils giants after just 14 rounds of the Egyptian Premier League. Peseiro went on to take control of Portuguese FC Porto. Al-Ahly appointed former director of football Abdel Aziz Abdel-Shafy as temporary manager until they sign with new one.

Martin Jol, formerly Fulham, Ajax and Tottenham boss, played over 400 games during his career as a footballer, which included spells in the Netherlands, Germany, and England, as well as earning three caps with the Dutch national team.

Jol was sacked as Fulham boss in December 2013 following a run of six defeats. His managerial career oversaw 657 games, with 295 wins.

Al-Ahly now tops the Egyptian Premier League after 18 rounds with 40 points, five points ahead of its arch-rival Al-Zamalek SC.

“Nigeria can shock the world” – Mikel

Time for Chelsea’s Kenneth Omeruo to settle down

Ambrose: I Love Celtic; I Want To Stay, Work With Rodgers