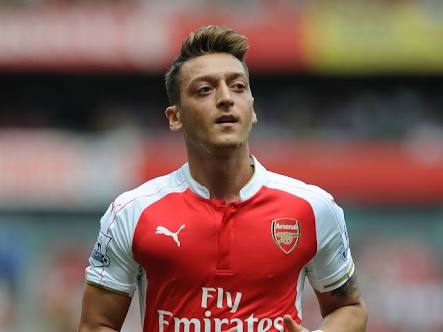 Arsenal is 11 points and two places behind league leaders Leicester with eight games remaining in what has been an unforgettable season.

Ozil, who had helped Arsenal with 19 assists so far this season, believes the Gunners can’t afford to slip up again on their remaining eight games in the league.

“I do not think it is impossible,” he told German newspaper Welt am Sonntag.

“Although there are only a few games left, Leicester have a run against some of the big teams to come.

“We ourselves must in any case not allow any more slip-ups. The hope of the title is still there – we have the players for the title.”

The German midfielder also commented on Leicester’s lead: “They deserve to be up there – Leicester fight for every point.

“We see in every game that players of Leicester want to achieve something. We ourselves have not been focused in every game, and that is not possible in the Premier League since there is no opponent you can beat easily.

“Leicester have been great, but there are still a few games. I think we still have a chance to catch up Leicester. We must, of course, hope for mistakes.”

After getting knocked out of the Champions League and FA Cup, a 2-0 win at Everton before international break keeps Arsenal’s hopes for the title alive.

The 13-time Premier League champions host Watford this weekend in their next game.