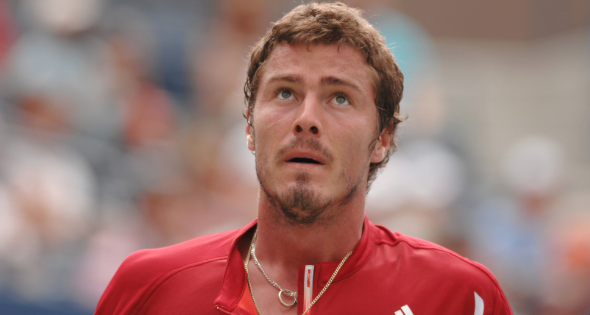 Former Australian and US Open champion Marat Safin has been nominated for induction into the International Tennis Hall of Fame.

Safin won the 2000 US Open at the tender age of 20 when he shocked Pete Sampras in the final. He is also the only Russian male player to date to have won the men’s singles title in New York.

In 2005, Safin went on to beat Australia’s own and former World No.1 Lleyton Hewitt in the final of the Australian Open, after beating Roger Federer in the semifinals.

The Russian, who also led his nation to two Davis Cup titles in 2002 and 2006, said he was honoured to receive the nomination. In 2011, Safin was also elected as a member of the Russian Parliament.

“To be part of a Hall of Fame is every athlete’s dream. It is a great honor to have my tennis career recognized in this way, and I am proud to represent Russian tennis with this nomination for such a prestigious honor in our sport,” said the Russian.

Safin, who is also known for his volatile behaviour on court, is one of the three players along with seven-time Grand Slam champion Justine Henin and fourteen-time doubles major winner Helena Sukova, to be nominated in the Recent Players Category.

Henin was a superstar on the WTA tour and spent 117 weeks atop the rankings, providing tough competition for the likes of Serena and Venus Williams. She won seven major championships including four French Open titles and ended the year at No.1 three times in 2003, 2006 and 2007.

The Belgian said she has always admired players from the Hall of Fame.

“The Hall of Famers are individuals who I have admired from the time I was a young girl, throughout my career, and to this day. To be nominated for induction into this group and to have my career recognized in this way is a great honor, and I thank the committee for the nomination,” said Henin.

The third player on the list, Sukova won nine women’s doubles and five mixed doubles major titles during her long career. The Czech player is just another example of the rich tennis tradition in that country, not just in the past but also the present with Petra Kvitova and Tomas Berdych being the most notable ones.

The Hall of Fame nominees were announced on Friday, selected by the general public and the tennis community. Voting will be carried out amongst a committee of 23 expert members in June next year and the induction ceremony will take place in July.

We reckon Safin and Henin will be the favourites from the Recent Player Category. What’s your guess?