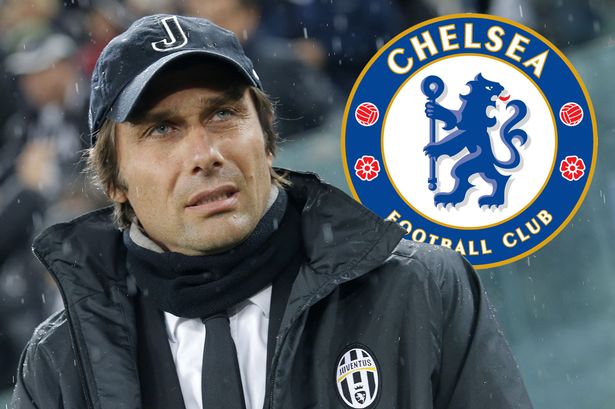 Chelsea Announce Conte As Next Coach

Image courtesy of mirror.co.uk
Chelsea Announce Conte As Next Coach

The Italian national team coach is expected to take charge at the London club after the current season concludes, and after he leads Italy to the European Championship in France later this year.

The former Italian international becomes the 10th manager to sign for the Premier League champions since Roman Abramovich took over Chelsea in 2004.

“I am very excited about the prospect of working at Chelsea Football Club. I am proud to be the coach of the national team of my country and only a role as attractive as manager of Chelsea could follow that,” he told Chelsea’s official website.

Since Jose Mourinho’s sacking in November Chelsea has been in the market for a new manager, while Guus Hiddink took over as interim coach. The Dutch specialist has confirmed on many occasions that he will not continue as manager at the Stamford Bridge after the season.

Conte arrived in London on Sunday afternoon according to Sky Sports where he met with Abramovich, chairman Bruce Buck and director Marina Granovskaia before signing a contract that will keep him at the club until 2019.

Buck said: “Antonio Conte has a record of consistent success in his career as a manager and as a player.

“We look forward to welcoming him to Stamford Bridge and are confident he will find all he needs to maintain that high standard of achievement.”

Conte led his former club Juventus to three successive Serie A titles from 2011-12 to 2013-14, before he decided to step down and focus solely on the Italian National team duties.