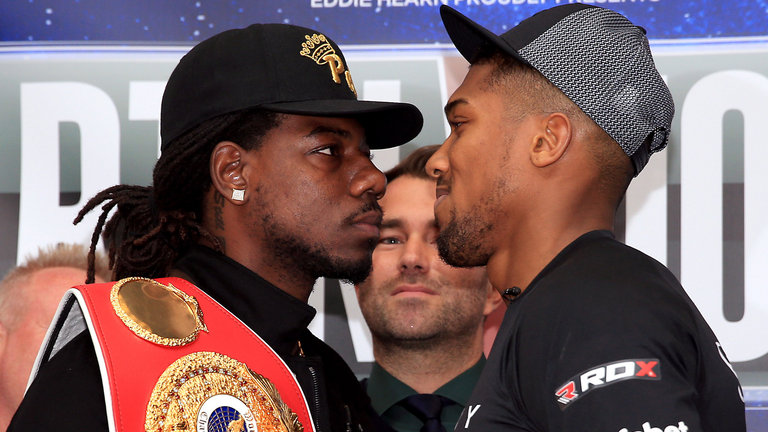 Brett’s Grand Bets Of The Week!

Ouch, that hurt. Last week’s bet results were almost as bad as the clout ‘her indoors’ gave me for spending the food shop money. Onwards and hopefully upwards, once my ears stop ringing I’ll give you the bets to splurge your luxury money on, not the spouses, I repeat not the spouses!

From Paris to the Midlands, a fall from grace to a showdown of grit. Pulis’ style of four centre backs in the back four will surely limit Man City’s threat from set pieces.

But, step up one Kevin De Bruyne, the finest dead ball specialist this side of post David Beckham (no disrespect to Dmitry Payet). His ability to put goals on a plate will have the Man City forwards dining like Kings and when he’s not assisting he’s scoring himself. True team altruism.

Talking about pugilism, Anthony Joshua is fighting this weekend (see what I did there), but according to the odds it looks more like bullying! A big favourite to win and win early, so it’s risky round betting you need, to see any kind of decent return on your green. His opponent Charles Martin is the champion more by default than design. If he can hold on in this fight for longer than he’s had said belt then we are onto a winner. 5 Rounds? Show me the pounds?

Showing the best form among their relegation rivals, step forward Norwich. Palace under Pardew have managed one step forwards followed by two backwards. Their bet-ruining draw last week should be a one off. I can see Norwich firing from the hip here and scoring a few more points against their fellow bottom feeders.

“The Rafa Revival” is yet to take full effect and everyone, including me, feel that it never quite will. Used to the upper echelons of a league table, the fat Spanish waiter (Mourinho’s words not mine) is more used to the battle of the bulge than a relegation battle.
Southampton have played this season in fits and starts and today I see no different. Benitez’s teams are well drilled defensively, and one of the Toon mercenaries, the one’s not nicking a living are more than capable of conjuring up a goal this weekend. Even spoils here, with neither team benefiting.

Not because of the odds but because of the occasion, every man and his dog will be paying a visit to the bookies this weekend. It’s horses for courses at Aintree.
Everyone’s entitled to their opinion it’s just that mine is better than yours.

All odds are correct at time of publication.