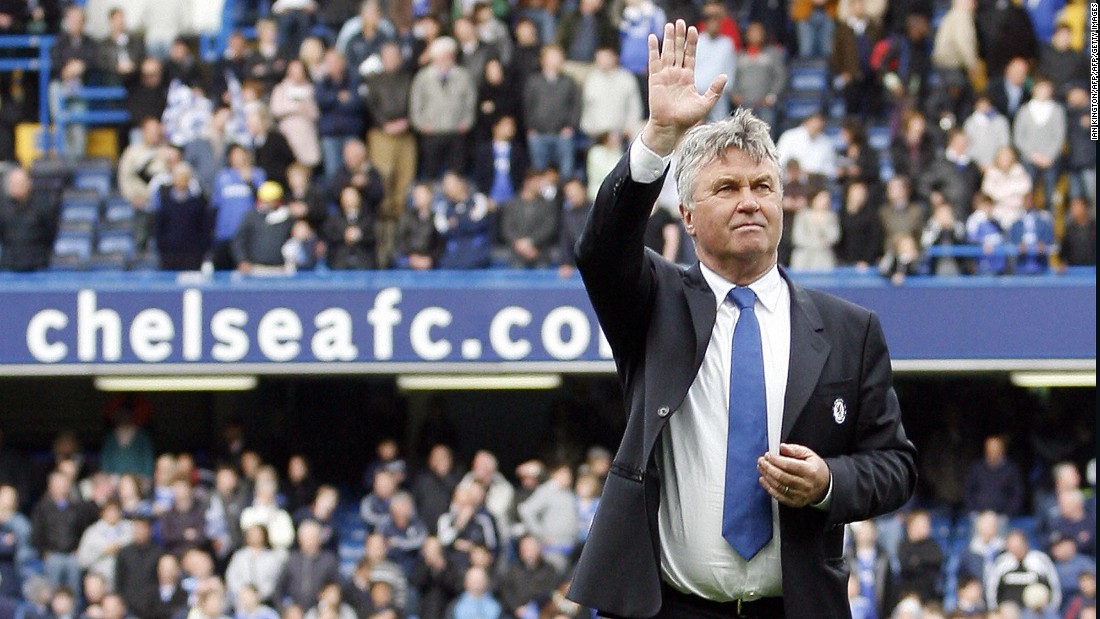 Defending champions Chelsea have confirmed Guus Hiddink as their new interim manager until the end of the season following Jose Mourinho’s sacking.

Guus Hiddink waving at fans after winning the FA Cup for Chelsea during his first stint as manager in 2009. © CNN

Mourinho parted ways with the Blues on Thursday afternoon following an abysmal start in the Premier League this season. Monday’s 2-1 loss to table toppers Leicester City was the final straw for club owner, Roman Abramovich, and he was left with not much choice but to give the “Special One” the proverbial boot.

The club announced the signing of Hiddink via their official Twitter page on Saturday afternoon, just a few hours prior to the kick off against Sunderland, Chelsea’s first game without Jose in charge.

.@ChelseaFC can confirm Guus Hiddink has been appointed first-team manager until the end of the season. https://t.co/ysm9lCR0jF

This will be Hiddink’s second stint as manager of Chelsea on interim basis. The first appointment was in February 2009 after the sacking of Luiz Felipe Scolari, and the Dutchman won Chelsea the FA Cup that season.

Hiddink said on the club’s website: “I am excited to return to Stamford Bridge. Chelsea is one of the biggest clubs in the world but is not where it should be at the moment. However, I am sure we can all turn this season around.

“I am looking forward to working with the players and staff at this great club and especially renewing my wonderful relationship with the Chelsea fans.”