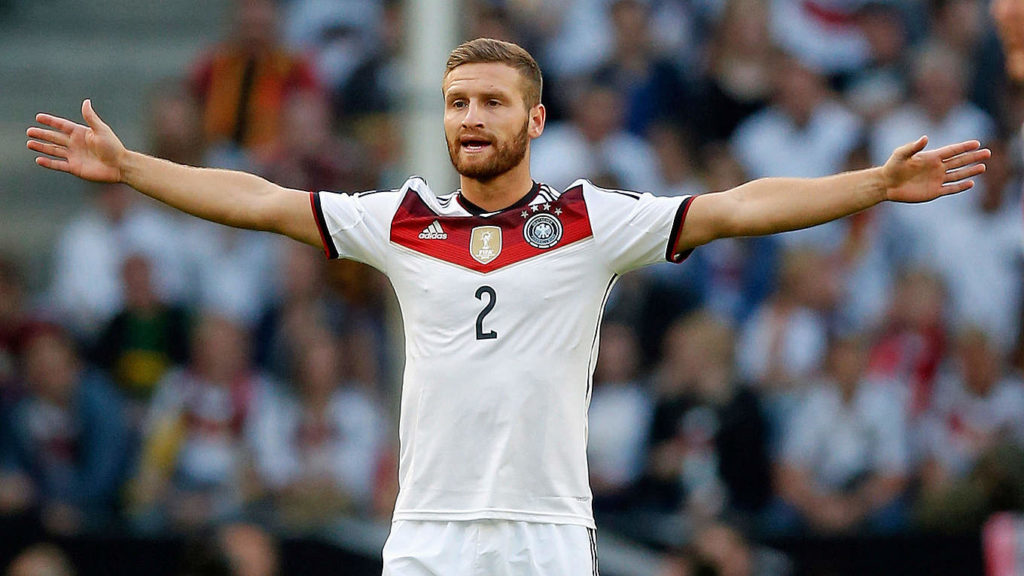 6) Borussia Dortmund
The BVB hierarchy had been making the right noises this summer by stating their top stars are ‘not for sale’. Mats Hummels agreed a deal with Bayern Munich in May and made the move to their Bundesliga rivals, of course. But Dortmund replaced the German World Cup winner well, acquiring the services of Barcelona centre-back Marc Bartra for 8million euros. Bartra has played 103 times for the Catalans and, with his big-club experience, he could prove to be a snip for Thomas Tuchel’s men. Henrikh Mkhitaryan was another to depart, heading to Manchester United for £26.3million, but his goals and assists should adequately be replaced by new signings Mario Gotze and Andre Schurrle.Ilkay Gundogan also departed for Manchester City, but the midfielder had played just 49 Bundesliga games of a possible 102 across the past three seasons. Dortmund may have lost some of their most important players, but the quality of the squad has actually improved.Aside from Hummels and Mkhitaryan, there was a lot of reported interest in Pierre-Emerick Aubameyang and Christian Pulisic. The club are understood to have stood firm and rejected any approaches for their star duo. Aubameyang has admitted he fancies a move to Real Madrid in the future but he is happy at the Westfalenstadion for now. While 17-year-old Pulisic remains with the German club despite worries he might be pushed to the back of the queue for a starting berth this term.

Midfielder Pulisic could have good reason to be worried, as Tuchel brought in four new midfielders to help replace Mkhitaryan. Dortmund spent 52million euros on Schurrle and Gotze, while Emre Mor joined from Nordsjaelland, and Sebastian Rode clocked in from Bayern. Another notable arrival was Portuguese international Raphael Guerreiro from Lorient – the left-back signed for 12million euros. Ousmane Dembele, who arrived from Rennes, promises to be another exciting addition; just ask Manchester United.

5) Atletico Madrid
Tasked once more with the unenviable challenge of competing against Barcelona and Real Madrid, Diego Simeone continues to spark intrigue rather than grab headlines with his approach to transfers. Unlike previous summers, Atleti have managed to keep hold of their star players, allowing Simeone to fine tune as opposed to rebuild his squad.

Kevin Gameiro leads the arrivals, having been brought in from Sevilla to ease the goal burden on compatriot Antoine Griezmann. Jackson Martinez failed spectacularly when given a similar remit last season, but Gameiro has the advantage of La Liga experience, having developed a reputation as a fine finisher during his time at Sevilla. He helped them to three-consecutive Europa League titles.

Elsewhere, perennial Manchester United target Nicolas Gaitan will finally get the chance to prove his quality in one of Europe’s elite divisions after joining from Benfica, while highly-rated right-back Sime Vrsaljko has been signed as a long-term successor to Atleti icon Juanfran.

Atleti may have flattered to deceive in their opening two matches of the season, drawing twice, but the squad appears much more settled this term. It would take a brave man to write off Don Simeone to work his alchemy once again.

4) Bayern Munich
Bayern Munich’s best buy of the summer could turn out to be Carlo Ancelotti. The man who replaced Pep Guardiola at the helm has a tough job on his hands to replicate the sort of success the Spaniard enjoyed at the Allianz Arena. The Italian – who won the Premier League title with Chelsea – has lifted the Champions League on three occasions, twice with AC Milan and once with Real Madrid. Given his record, Bayern should be in safe hands this season. The major victory of the transfer window for the Bavarians was keeping their prized assets out of the clutches of the Premier League moneymen – it turns out £30m really isn’t much any more for English sides.

Most of Bayern’s business was done early on, with their only two signings putting pen to paper before the transfer window had even opened. Mats Hummels, who joined from rivals Dortmund, comes with pedigree having lifted the World Cup with Germany in 2014 and, of course, the Bundesliga twice with BVB. Unlike Hummels, Renato Sanches – their signing from Benfica – is still a raw talent, although he looked very impressive in glimpses for Portugal at Euro 2016. Perhaps the biggest outgoing this summer came in the form of Mario Gotze – who re-joined Dortmund for 26 million euros – however, that is unlikely to trouble fans as the young German hasn’t hit top form over the last couple of seasons. Mehdi Benatia, Sebastian Rode and Pierre-Emile Hojbjerg also departed but, with the immense talent in Bayern’s squad, they shouldn’t feel their loss this season.

3) Barcelona
After being unable to register new players last summer due to a FIFA-imposed ban, Barcelona have made up for lost time by conducting some impressive business this year. It is not easy to pick room for improvement in Luis Enrique’s starting XI, but the Catalan giants have signed a host of younger players to bolster a squad which should, in theory, only get better with age and experience.

Judging by his performances for France at Euro 2016, 22-year-old Samuel Umtiti is already a star. Barcelona paid 25million euros to sign the defender from Lyon, and with Gerard Pique, Javier Mascherano and Jeremy Mathieu either approaching or already the wrong side of 30, Umtiti could be the club’s centre-back for the next decade.

Lucas Digne will provide good competition and cover for Jordi Alba at left-back, Jasper Cillessen is an able deputy for Marc-Andre ter Stegen, while Denis Suarez has been brought back from Villarreal for a pittance and is already in the mould of an archetypal Barcelona midfielder. Andre Gomes and Paco Alcacer were both big-money signings from Valencia, and while neither will go straight into the starting line-up, few teams in Europe now have substitutes of Barcelona’s calibre

Losing Dani Alves to Juventus is undoubtedly a blow, although Sergi Roberto has shone at right-back in the opening two matches of the season.

2) Manchester United
As soon as Jose Mourinho stepped foot inside Old Trafford as the new Manchester United boss, he knew exactly which positions to improve and who he was going to sign. And with military precision, Ed Woodward carried out all his requests one by one, sculpting a side that is capable of winning the Premier League title this season. Mourinho finalised the deals of Eric Bailly, Henrikh Mkhitaryan and Zlatan Ibrahimovic relatively early on the transfer window, before completing his business with the world-record transfer of Paul Pogba from Juventus. These are the kind of deals United fans have been crying out for since the days of Sir Alex Ferguson.

Not only will the signings bring ability to the club, but personality, too. Think Roy Keane and Eric Cantona. Pogba and Ibrahimovic can bring that kind of winner’s mentality to Mourinho’s dressing room this season. Bailly already looks a brilliant acquisition at the back and Mkhitaryan – although he hasn’t started a match yet – has the attacking nous to unlock defences that were all-too-stubborn to break down last campaign.

1) Juventus
Few clubs have managed to oversee such a turnover of key players while continuing to challenge at the highest level in recent seasons. Last summer Carlos Tevez, Andrea Pirlo and Arturo Vidal all left Turin for challenges elsewhere, leading to questions whether the Old Lady could continue to dominate Italian football. A Serie A and Coppa Italia double answered those emphatically. Despite losing Paul Pogba and Alvaro Morato this summer – which means 11 of the 18-man squad which faced Barcelona in the Champions League final are now no longer with the Bianconeri – things don’t look like changing any time soon.

Juve have been ruthless in their transfer dealings this summer, Gonzalo Higuain and Miralem Pjanic are as good a pair of replacements for Morata and Pogba as they could have hoped to sign, while they have also significantly weakened their two closest title rivals from last season in Napoli and Roma, respectively. Marko Pjaca is an exciting prospect out wide; the aforementioned Dani Alves is a superb free transfer. 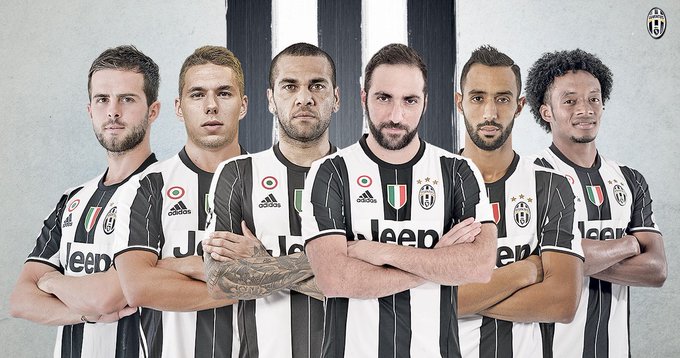 While Pogba may have been able to provide moments of inspiration going forward, the rock upon which Juventus’ recent success has been built upon, the centre-back trio of Leonardo Bonucci, Georgio Chiellini and Andrea Barzagli, remains intact. It has only been strengthened by the arrival of Mehdi Benatia, who established a reputation as one of the best defenders in the world during his spell at Roma.

All the while Juventus have ended the summer having made a profit. That, ladies and gentleman, is how you transfer window.

“Nigeria can shock the world” – Mikel