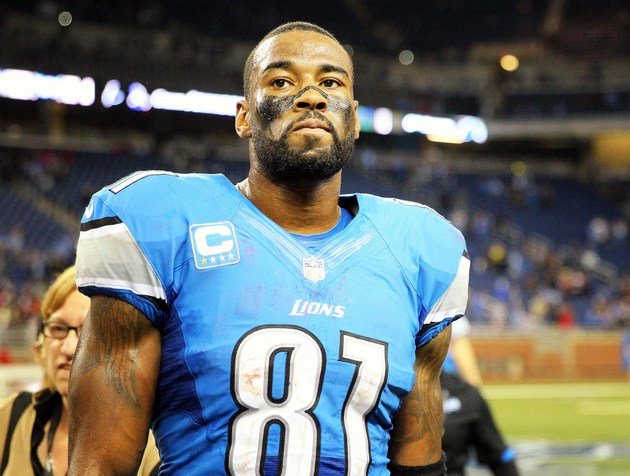 DETROIT, MI — When Calvin Johnson arrived in the NFL out of Georgia Tech, everyone knew he was destined to be a star.

The blend of speed, size, leaping ability and soft hands meant this was a weapon a franchise could build around for years to come. But who would get him? In the curious and boom-or-bust 2007 draft, the Oakland Raiders did the Detroit Lions a huge favor and selected JaMarcus Russell as the overall No. 1 pick, leaving the Lions free to take the man that would become known as Megatron – despite a glut of receivers already on the roster.

Every NFL fan knows what Calvin has done since he has been in the league. Six straight 1,000 yard seasons. The single-season record for receiving yards with 1,964 in 2012. Fastest player to 10,000 yards. The list of NFL records goes on, and the list of Detroit Lions records is even longer. But to appreciate how special a player Calvin Johnson was, the eye test is necessary.

With the exception of Randy Moss, is there a player that could demonstrate this kind of speed:

And also this ridiculously insane ability to jump and catch while surrounded by three other professional athletes intent on preventing you from doing so?

The answer is no.

Yet Johnson never put the Lions over the top. He never won an NFL Playoff game. He never won MVP (in part because Adrian Peterson had a mind boggling year the same one Johnson set the record for most receiving yards in a season). The Lions never even won the division while he was there. When people speak of the greatest receivers of all time, Johnson’s name will sadly be left off the list, because ultimately, his legacy is one of talent and production that did not translate to wins. In a sport that judges almost everything by rings and trophies, Johnson simply doesn’t have the hardware.

Quarterbacks: After having succession of veteran journeymen throw to him his first two years, the Lions invested in a strong armed quarterback out of Georgia with the overall number one pick, Matthew Stafford. It was a mixed bag, because here’s the dirty secret: Matthew Stafford is not an elite quarterback.

*Take the triple coverage catch displayed above. What was Stafford thinking?

There is no reason to throw that ball there. He is very, very covered. That play works twice in a hundred tries. Four or five, maybe because he’s Megatron. But it gets intercepted or knocked down more than 90 times.

At his best, Matthew Stafford is an above average quarterback. He has a powerful arm but makes poor decisions, holds on to the ball too long, and tries to make up for a lack of touch by throwing the ball extremely hard, when he’s not throwing the ball from ludicrously odd angles. He didn’t need to be great to take advantage of Johnson’s talents, but had he made the jump to elite, the Lions may have made a Super Bowl run — and maybe Calvin Johnson wouldn’t be retiring at the age of 30.

Injuries: For someone who saw such a heavy volume of play (given Stafford’s penchant to throw to him regardless of defense) that resulted in hits coming his way, Calvin Johnson was a remarkably durable player. He missed just a handful of games, though he was plagued with a litany of nagging injuries that affected his play over the course of full seasons, taking away his speed or his catching ability for games at a time. A sprained knee, a dislocated finger, each made Johnson–a player too important to the Lions’ success to sit out and heal–a little more human, a little more coverable.

Bad Luck: Ah, the infamous “Calvin Johnson rule”. Back in the good ole days when a catch was a catch, and an NFL rules expert was not necessary to explain to the general viewing public what is and what is not a catch every snap. Sadly, this may be Johnson’s most lasting legacy in the league. Throw in the 2015 flag-that-was-picked-up in the Lion’s playoff game verses the Cowboys, the fact that if he was a few years older or younger it could have been Aaron Rodgers/Ben Roethlisberger or Matt Ryan/Andrew Luck the 0-16 Lions ended up with, and you have a veritable jambalaya of “what-ifs” and “what might have beens” when it comes to Calvin Johnson scenarios.

For Lions fans, this is a punch in the stomach, virtually Barry Sanders all over again. The Lions had finally put together a quarterback with an arm, a credible running game, and a legitimate receiving threat to complement Johnson. They can bleat about his declining statistics and major cap hit, but the reality of the situation is the Lions have just lost two face-of-the franchise, former No 2 overall picks in the last two off-seasons (the other being Ndamukong Suh’s departure as a free agent). Even with all the other problems the Lions needed to fix, there’s a gaping, 6-5 hole in the receiving corps that just jumped to the top of the list.

The NFL Faces a Collision of Crises

JOSE: THE HUMILIATED ONE