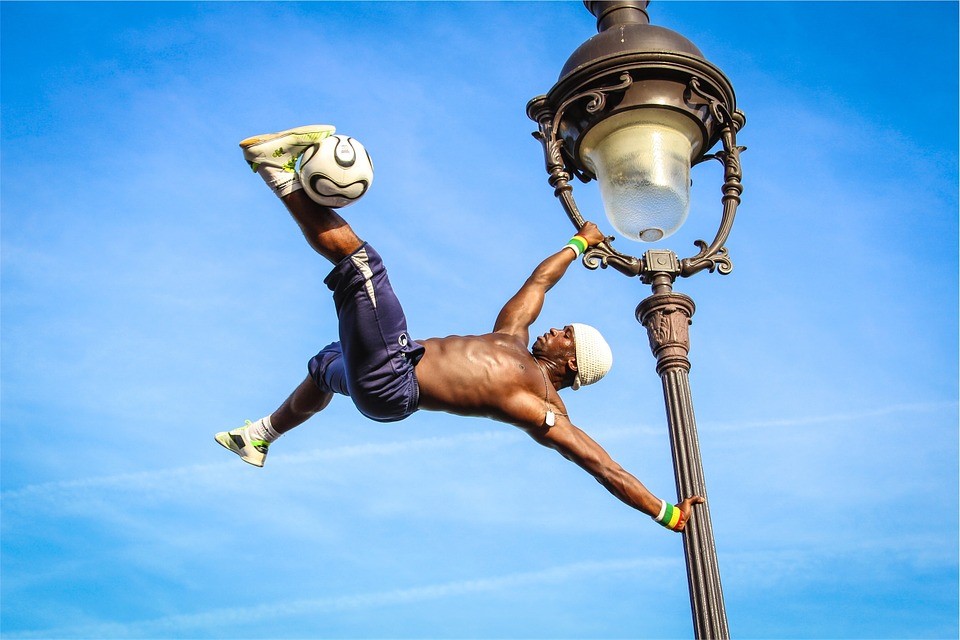 Soccer is a sport which engrosses the people involved and becomes life itself during the short careers that professionals have. Though it is known for this, the amount of time spent kicking the actual ball is actually minimal. Pros usually train for about two hours a day and play 3 games a week maximum. This leaves a lot of time for twiddling thumbs, but some players get off their behind and have become skilled in other areas. Let’s take a look at the best hidden talents of professional footballers.

Gary Lineker grew up in Leicester and as an avid follower of local hero Willie Thorne started playing snooker. He was wildly gifted in the game but it was entirely different to playing a team sport. Lineker, of course, went on to become one of the greatest English players ever, so we can’t complain, but we did not see him on the baize enough. We did get to see him once, however, before the 1986 FA Cup Final, when he played Mark Lawrenson in a match on BBC as part of the warm up to them facing each other at Wembley. It is said the boy from Leicester can shoot breaks of over 100!

There has been a precedent of managers being involved with horses. Sir Alex Ferguson has had much success on the racecourses to match his footballing glory. His horse Rock of Gibraltar is his most famous one. It is a former player of his that has really triumphed in this sport however. Michael Owen was the golden boy of English football after 1998 World Cup, and while he certainly had a successful career, injuries plagued him and prevented him from becoming the great player he could have and should have been. He had to find his success away from the pitch and he chose racing of the four legged kind. His horse Brown Panther won the 2011 King George V Stakes at Ascot in 2011. Owen runs his own stables in Cheshire called Manor House Stables, where he has over 30 horses where the top trainer Tom Dascombe is resident.

Teddy Sheringham was known for winning with his feet not his hands, but the former Manchester United, Spurs and West Ham striker has taken to poker like a duck to water. He has £330,000 worth of tournament wins, and has been sat on a table for a European Poker Tour Final. He has cashed twice in the WSOP and his biggest win came from Vilamoura 2010 when he won £93,121. He may have been earning more as a footballer, but it seems Sheringham’s extra-curricular activities have worked out just as well.

Okay so he may not play it at any level but Robert Lewandowski showed this week that he has plenty of hidden talents. While filming a piece for Bayern Munich TV the Polish goal machine went bowling and turned out to be very good. Three strikes in a row were flowed by a trick shot. To make it even better the presenter had the genius idea of making him do the famous ‘Jesus’ dance from the film The Big Lebowski. If he doesn’t get the nickname the Big Lewandowski then I don’t know what has happened to the world of football anymore.