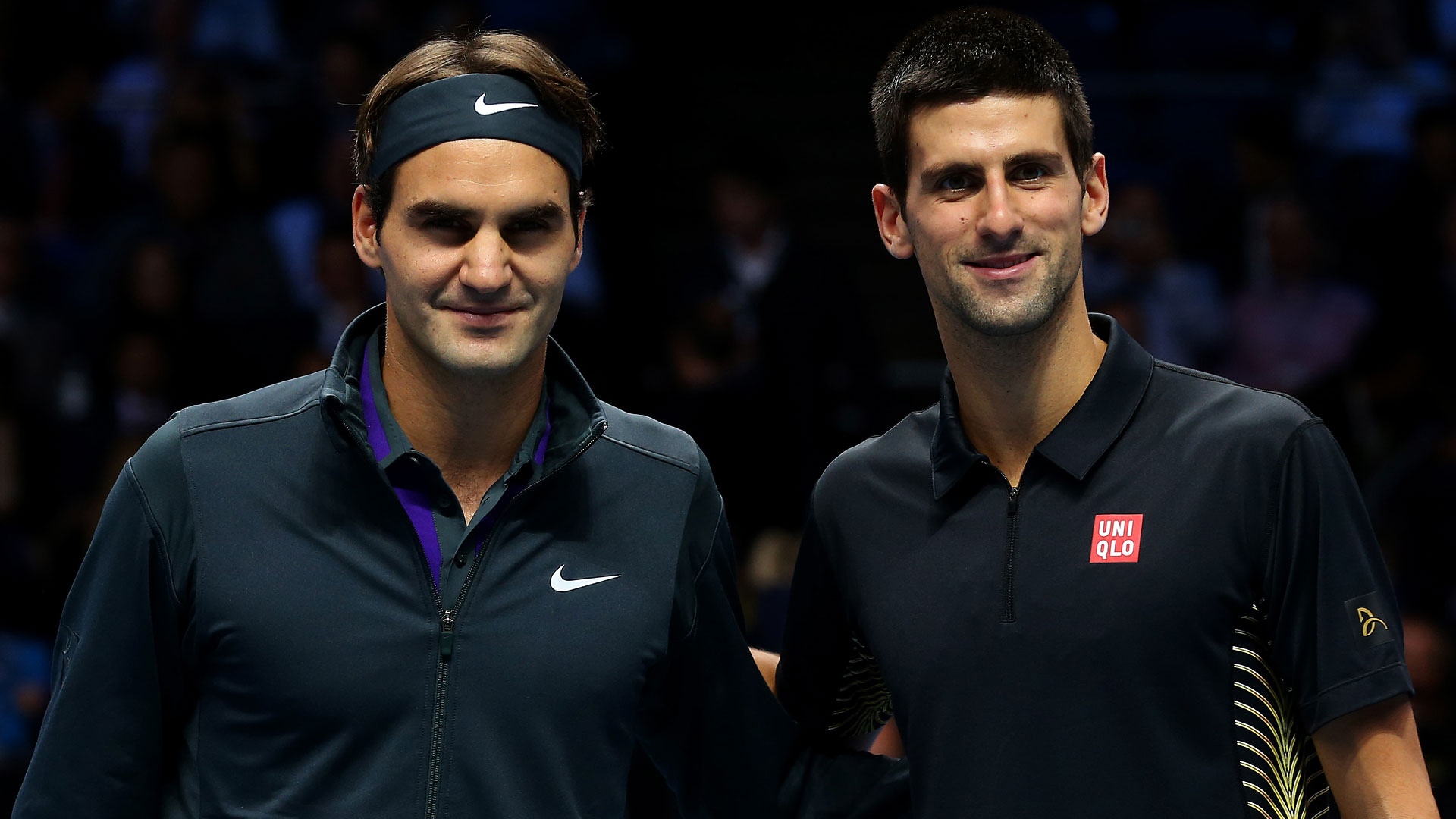 World No.1 Novak Djokovic and six-time former champion Roger Federer will be part of the same group at the ATP World Tour Finals starting in London this Sunday.

Djokovic, who will be vying for a record fourth straight and a fifth overall title at the event, headlines Group Stan Smith alongside Czech Republic’s Tomas Berdych, Japan’s Kei Nishikori and Federer.

“These groups were going to be tough regardless of who was going to be in the group,” said Federer. “But I’m excited to be back and can’t wait for it to start.”

For the first time in the history of the event, groups have been named after previous champions instead of the usual Group A and Group B.

The second group, named after Ilie Nastase, will have Andy Murray and Rafael Nadal in the same section, along with two-time major champion Stanislas Wawrinka and Spain’s David Ferrer.

Murray, who is aiming to win the ATP finals for the first time in his seventh attempt, had earlier revealed plans to skip the event in order to prepare for the Davis Cup final against Belgium later this month. The Belgium tie is supposed to be played on indoor clay, a surface the Brit is not very comfortable with.

“I haven’t played against Stan for a long time. All the matches are tough ones but there should be some tough ones too,” Murray commented. “I feel good, I feel fresh and hopefully I can play some good tennis this week. I feel good about it (the forthcoming final). I have been practising at Queen’s on clay for the past four days.”

Top seeded Novak Djokovic will play Nishikori to kick off the singles on Sunday, followed by Swiss ace Federer playing against Berdych in the night session.

On the second day, Murray will play his first match against Spain’s Ferrer, who has been quite a regular now in the elite eight. The second match on Monday sees Wawrinka paired up against Nadal, in what promises to be another mouth-watering contest.

With the announcement of the draw on Thursday, it was also made certain that the ATP finals field will not have a newcomer for the second time in four years. Most of the eight spots have been taken by regulars such as Djokovic, Murray, Federer, Nadal, Berdych and Ferrer.

Coming into the finals with a 22-match winning streak and four straight titles at the US Open, Beijing, Shanghai and Paris, Djokovic will be the favorite to win this event once again.

“This has been, by far, the most successful season of my life and I just try to better it,” said Djokovic.

In the doubles section, four teams including the Bryan brothers, French Open winners Ivan Dodig and Marcelo Melo, Wimbledon champions Jean-Julien Rojer and Horia Tecau along with Jamie Murray and John Peers, are mathematically in contention for the year-end No.1 ranking.

The matches will be held at the Barclays O2 Arena from November 15-22, with prize money promised for winning every contest along with a guaranteed participation fee of $167,000 for singles and $82,000 for doubles.

If a singles player goes undefeated during the tournament, he will have a chance to take home a total of $4,551,000. Now, that’s some money up for grabs!