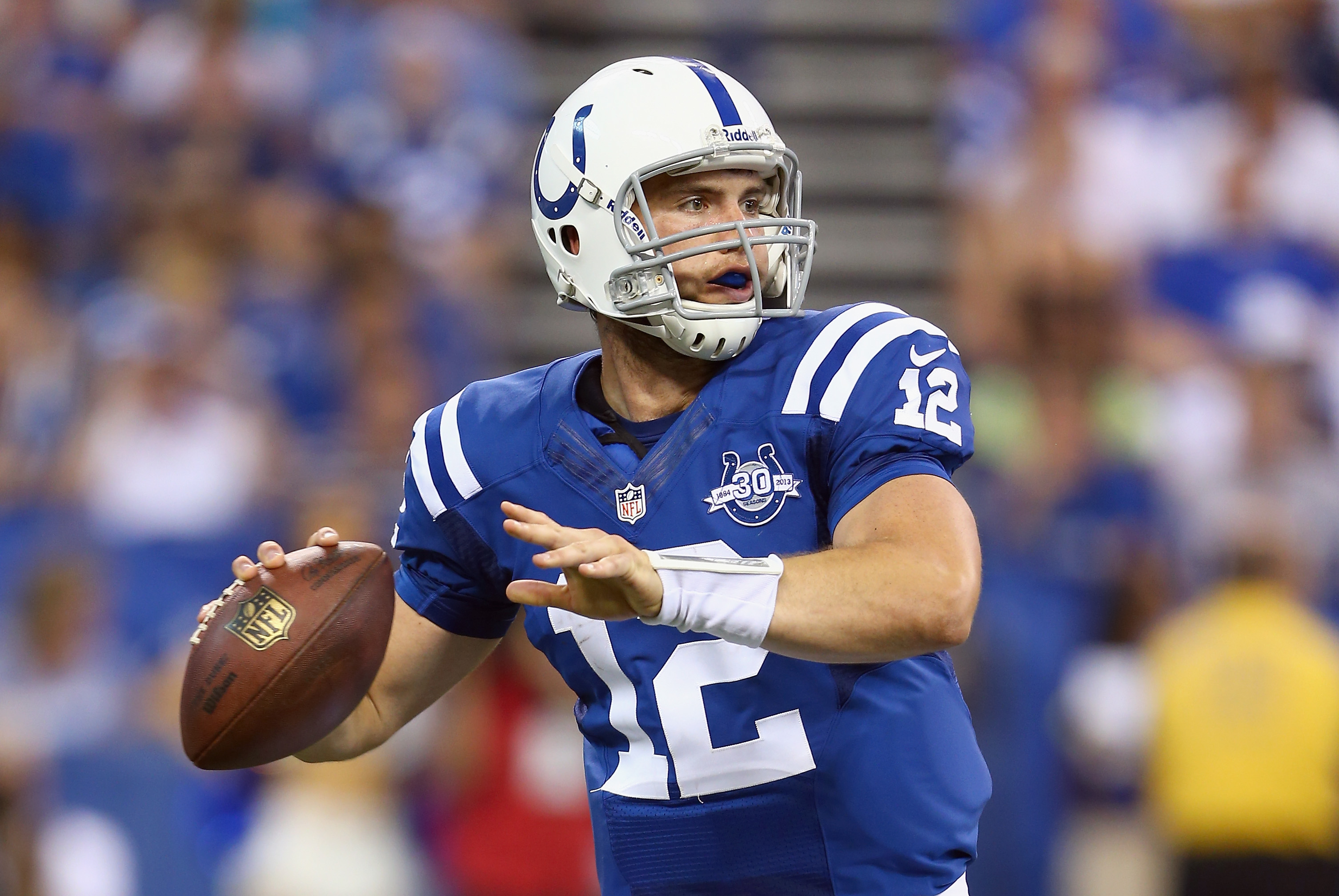 Out of Luck: What’s wrong with the Colts?

Out of Luck: What’s wrong with the Colts?

The Indianapolis Colts fell in overtime to the Carolina Panthers in a rain-soaked Monday Night thriller.  Despite leading the Colts back from a 17 point deficit, quarterback Andrew Luck threw three interceptions, including one in overtime that set up Panthers for the game winning field goal. Since the 2012 season, Luck has led the Colts to playoff berths every year and the AFC South Crown each of the last 2 seasons. The Colts dropped to 3-5 with the loss, but still co-lead the division again this year despite having a sub .500 record. This is, however, not the team many picked to challenge the Patriots for AFC supremacy, leaving Colts fans scratching their heads. What can they expect going forward?

The first three quarters of Monday night’s game were a microcosm of the Colts’ season. Andrew Luck was under siege; pressured, hit and sacked constantly. But even when he did have time, he was indecisive and made poor decisions that led to turnovers. He threw late, high and showed poor pocket presence. The conditions were difficult, the defense he was facing excellent, but this is an Andrew Luck that has regressed since the end of last year. It doesn’t help that the defense had given up yardage at an alarming rate thus far this season (well over a hundred yards rushing a game), though they played exceptionally well against Carolina. The Colts need Luck to lead them to victories; it is a team built around his arm and his ability to make every throw on the field and until he can do that for more than a single quarter at a time, the Colts will struggle mightily.

Luck looked to have rediscovered his form in the 4th quarter of this game. He carved up an admittedly exhausted Panther’s secondary, made excellent throws and utilized his legs to drag the Colts back to the precipice of a victory in a game they had no right to even be close in. The Colts defense was good if not spectacular, and the running game was surprisingly productive against a stout Carolina front seven. If not for Luck’s myriad of first half turnovers, Indianapolis may have won this game in regulation. This loss hurts, but there are also reasons for optimism. Also…

…the rest of the division. It’s a mess. The Colts’ three wins this season have come against each of their division foes. The Houston Texans were dealt a devastating blow when they lost running back Arian Foster to a torn achilles, and the perpetual questions surrounding their quarterback situation remain. The Jacksonville Jaguars have yet to take that next step forward in their rebuilding process, and have been dealt numerous injuries, starting with the torn ACL their 1st round draft pick Dante Fowler was dealt in rookie mini-camp. The Tennessee Titans may have a quarterback of the future in Marcus Mariota…but that future is a year or two down the road, at least, and they need some other pieces around him. The AFC South is up for grabs and if the Colts can play like they did in the 4th quarter of Monday night’s game, they look to be the favorites to win the division yet again.