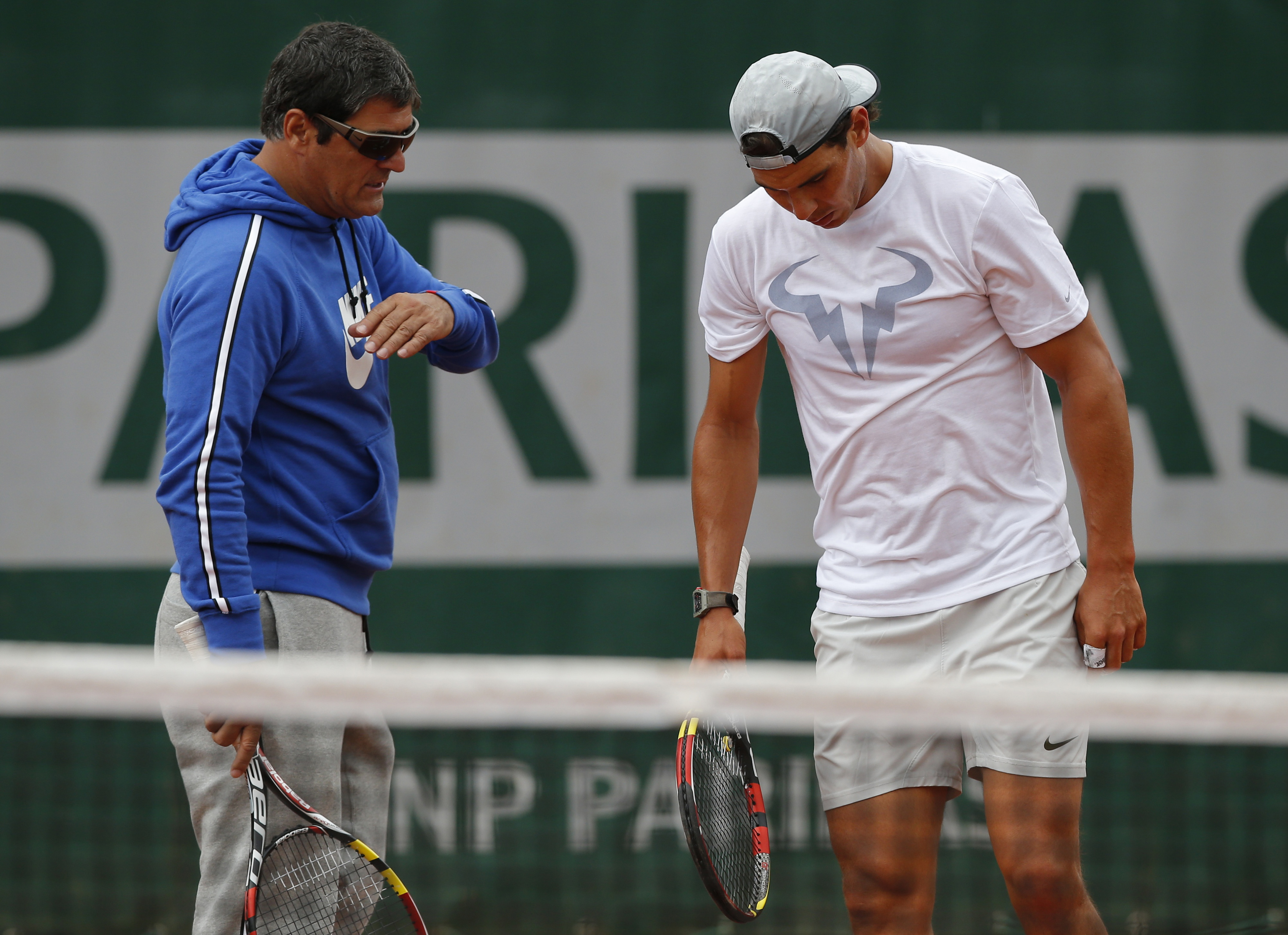 Although Rafael Nadal has never had any visible issues with his strict uncle/coach Toni Nadal, there have been problems between the two like any other mutually beneficial relationship.

When the “King of Clay” was a fourteen-year old, he had qualified to play in the grand final of the Nike Junior Tour International in South Africa. Toni, who had coached Nadal since he was three years old, didn’t seem to agree with the boy’s parents that he should go and play.

Nadal’s father called another coach with whom the player sometimes worked in Spain, and he was immediately willing to accompany him to South Africa for the tournament.

The interpretation of this incident given by Nadal in his autobiography ‘Rafa’ seems to suggest that, while Toni wasn’t too pleased with the overrule, a part of him realized it was only good for Nadal to prepare for the wandering life of a professional tennis player. Toni also liked the idea of missing the 12-hour travel time.

Fast forward to present day as Nadal struggles to qualify for the ATP World Tour Finals in 2015, having not reached the semifinals in any of the Grand Slam events this year, Toni has finally yielded to speculation that Nadal might hire a new ‘super coach’ if results continue to go against him next year.

“I think you need to ask Rafael,” Toni told AFP when asked whether Nadal was thinking of hiring another coach. “But we have a group and I’m the coach of Rafael forever, since Rafael was three years old… and things were always good for us. It’s true that this year he’s going a little down but I am sure the comeback of Rafael is coming soon. Maybe if next year Rafael is playing not too good, then I think he can think about some changes in his game or in his team.”

Coincidentally, while the likes of Roger Federer, Andy Murray and Novak Djokovic all work with multiple coaches, Nadal has time-and-again reiterated how that is not his preference. Nadal has also forever maintained that he is a family man and that the ones close to him in life are more important than tennis.

If Nadal does hire another coach to work besides Toni in the future, it will be interesting to see how things will change for the 29-year-old in his immediate environment and whether Toni would himself be okay with working beneath someone’s shadow.

As for now, Nadal remains optimistic about improving his 2015 record by winning some matches in the fall season.

Nadal is currently playing at the ATP 500 event in Beijing, where he won the 2008 Summer Olympics gold in the men’s singles. The Beijing event will be followed by two Masters 1000 tournaments in Shanghai and Paris ahead of the ATP finals in London, where a lot of points are up for grabs, and where a good showing by Nadal could turn his season around.

“I think I am working well. I am very motivated to go for that challenge that brings me the chance to overcome a tough situation for me,” the Spaniard said. “I love that feeling, and I am going to fight to make that happen.”

Tennis fans are waiting with bated breath to see if Nadal can once again rise from the ashes and add to his already historic 14 Grand Slam major titles.

Can Nadal become invincible once again? Will hiring a ‘super coach’ alongside Toni Nadal change fortunes for the Spanish Matador? The next couple months will be crucial for Nadal, as well as those who want to see him climb back to the top again.