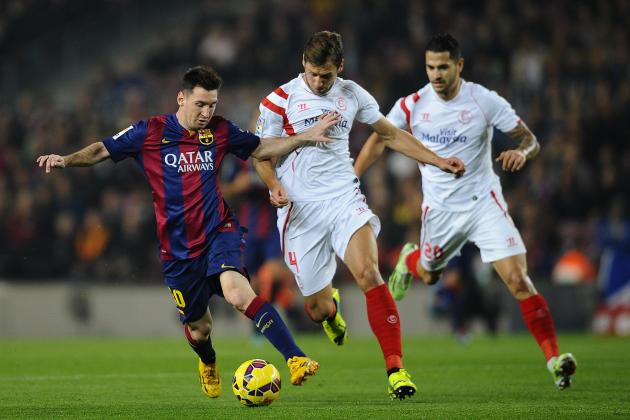 Spanish international Sergio Busquets has bemoaned his team’s lack of luck after their 2-1 loss to Sevilla.

Without the injured Lionel Messi, Barcelona fell behind to goals from Michael Krohn-Dehli and Vicente Iborra.

A 74th-minute Neymar penalty gave them a way back into the match on Saturday, but they were unable to find an equaliser as they lost for the second time in three La Liga matches.

The defensive midfielder said there was improvement in his team, but lamented their failure to take their chances.

“We were unlucky, but we created chances,” he said.

“I’m sure there are things we can improve, but the reality is we’ve dropped another three points.”

Busquets said it was unclear just what was going wrong for Barca in the attacking third, but believes some luck may help turn it around.

“If we knew, we’d score more goals. It’s worrying if you don’t create chances,” he said.

“We’re lacking a bit of luck when it comes to hitting the target. We players have to do our bit and try and turn the situation around.”