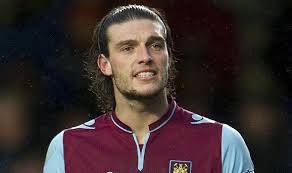 Carroll, 26, has spent just as much time on sidelines as on the pitch in his time at West Ham, since joining from Liverpool in 2013.

The striker has suffered from knee and ankle ligament injuries recently, after also missing five months in 2013-14 with a heel problem.

Carroll made his first start since February in West Ham’s Carling Cup loss against Leicester last week, and despite a knock on the weekend he is expected to take to the field against Sunderland on Saturday.

Providing Carroll can stay fit throughout the season, Bilic can not see why Carroll would not be selected for England’s Euro 2016 campaign in France.

“The England squad will come as a logical result if things are cured,” Bilic said.

“First of all he has to stay away from injuries. Only with that can he be in a position to have a great season.

“In the past it has not been because he dropped in form, it’s because he was injured. Step number one, he has made it, he has had a good pre-season, even it was after the season already started, he is now fit.

“The quality was never in doubt, the problem was fitness and without that you can’t have form.”

Carroll was used off the bench against Norwich City last Saturday and was right in the thick of the action, as West Ham were able to score a late equaliser.

The striker was the subject of a heavy challenge on his ankle, but scans revealed there was no serious damage done.

Despite the injury scare Bilic said Carroll’s fearlessness is his biggest quality on the pitch.

“You don’t want to take it away from him, that’s why he is Andy Carroll,” Bilic said.

“It’s his biggest enemy but also his biggest quality, that he rolls up his sleeves and he goes straight in the box, gives the centre-half and goalkeeper a bit of a strange look – that’s why he’s like that.

“You want to moderate that a little bit, maybe 10 per cent, tell him not to go for those crazy challenges, but you don’t want to take that away because then he would be half the player.”