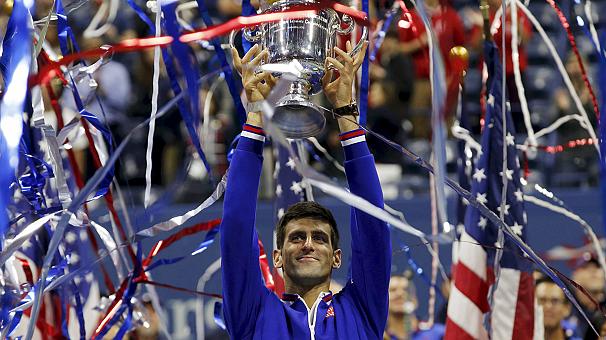 Avoiding Novak Djokovic in the next Grand Slam final will surely be on Roger Federer’s to-do list after losing to the Serb on Sunday, having lost to the him at the previous Grand Slam final in Wimbledon.

It would have been a perfect season crowned with a calendar slam for the Serb, had he not lost to Stan Wawrinka at Rolland Garros yet claiming the other three trophies this year will do him just fine.

It took four sets to determine the champion and Djokovic came out on top beating Federer 6-4 5-7 6-4 6-4 to claim his second US Open title and 10th Grand Slam title.

Federer has not won a Grand slam title in 3 years and Sunday’s final was no exception, with Djokovic having an answer to everything Fed threw at him. The Serb broke his serve 6 times and saved 19 of 23 break points.

The match win was the 27th win in 28th grand slam games for the Djoker this year, cementing his status as the clear cut No.1 player in the world.