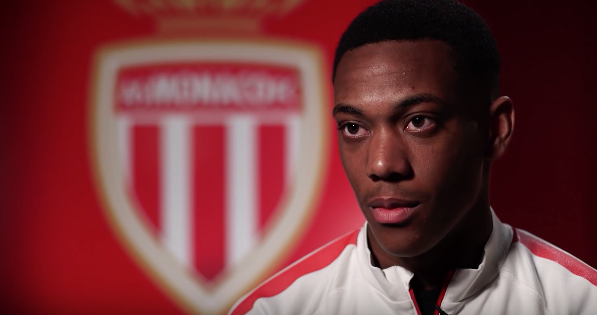 Manchester United have agreed terms with AS Monaco’s young French striker Anthony Martial.
According to reports circulating since yesterday, Manchester United have made a 50 million euro bid for Anthony Martial of Monaco. The 19-year-old can play up front or on the wing, and has plenty of pace. It should have been done a long time ago, a transfer like this, but United have struggled in the transfer market lately. Monaco are selling because they failed to get into the Champions League, and it could be an excellent signing in the long time. You can read about it in the Mirror, too.

Le Parisien say that United have agreed terms with Martial, and it is now about agreeing a fee with Monaco. 60 million euros plus Marcos Rojo is the rumour, but it would be a surprise if it ends up being that much.
Foolowing up on that, the Telegraph reports if Manchester United receive a sensible bid from Real Madrid before the transfer deadline, they will sell David de Gea, and most likely replace him with Jasper Cillessen. Remember, Real haven’t actually bid for him yet. It’s as if they’re deliberately waiting for some reason.